Dearly Beloved,
THE EIGHTY-SIXTH PSALM
“Hear, O Lord, and answer me, for I am poor and needy.... Hear my prayer, O Lord; listen to my cry for mercy” (Psalm 86:1, 6 NIV).
Psalm 86 was supposedly written by King David, though its placement among the psalms ascribed to “the Sons of Korah” made some people to doubt its Davidic authorship. However, its contents and layout resemble most of the psalms that are ascribed to David without any controversy. The writer of this psalm was… Continue

Daniel 3:1
Nebuchadnezzar the king made an image of gold, whose height was sixty cubits and its width six cubits. He set it up in the plain of Dura, in the province of Babylon.

Not satisfied with being just the head of gold, Nebuchadnezzar commissions a ginormous golden image of himself! Sixty cubits (90 feet) tall and six cubits (9 feet) wide, his statue stands proudly and strategically in the plain of Dura for all to see! 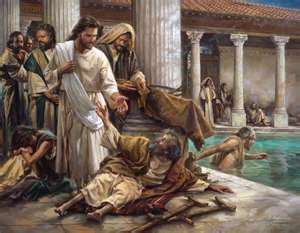 I am going out of town soon so this will be the last post until I return; the next post will be on November 16th.

This week the “Wednesday’s Words to Live By” includes a partial review of God’s grace teaching; the Scripture is fromDeuteronomy 7:15a:

New International Version (NIV): “The LORD will keep you free from every…

Download Your Free Copy of My Book, "Unholy Matrimony: Healing For The Abused Woman"-Corrected Link

In honor of Domestic Violence Awareness this month, I am giving away a copy of my book, "Unholy Matrimony: Healing For The Abused Woman;" download and share the link if you know someone who has been abused. This offer is only good for the month of October!

god loves you and has a plan for your life..amen? eternity in the kingdom!

a word is: the church seems to be more sick than the world.we as the church should be shaking up the world..amen?go to our facebook page we share that with everyone..


How did those who doubled their talents do so ? This noble man asked the man with one talent why he did not put the money in the bank so that he could collect interest. If you give your money to a bank for safe keeping, they do not just keep it in their safe. They sent it out to…

“Joash did what was right in the eyes of the LORD all the years Jehoiada the priest instructed him. The high places, however, were not removed; the people continued to offer sacrifices and burn incense there” (2 Kings 12:2-3 NIV).

“[Hezekiah] did what was right in the eyes of the LORD, just as his father David had done. He removed the high places, smashed the sacred stones and cut down the Asherah poles” (2 Kings 18:3-4, NIV).

"As the body without the spirit is dead, so faith without deeds is…

“Now there was a day when the sons of God came to present themselves before the LORD, and Satan came also among them.” (The sons of God, angels that followed Gods command without question, these were the ministering spirits that scripture refers too. This in no way implies that God had another son, for Jesus, (Emanuel) was Gods only begotten Son.) Angels are also judged upon their works. The angels of Heaven report to God constantly on matters concerning…

To destroy the Law?

“Think not that I am come to destroy the law, or the prophets: I am not come to destroy, but to fulfil. For verily I say unto you, Till heaven and earth pass, one jot or one tittle shall in no wise pass from the law, till all be fulfilled.”

The law is a covenant between mankind and God, man being rewarded by following it and condemned by ignoring it. “And this I say, that the covenant, that was…

The prince and god of this world.

“For we wrestle not against flesh and blood, but against principalities against powers, against the rulers of the darkness of this world, against spiritual wickedness in high places.”

For we wrestle not against flesh and blood.

We are not in conflict with the person, for we do not fight the flesh of a man but we fight against the wicked spirits that…

“Walk In Grace So You Can Grow In Grace” 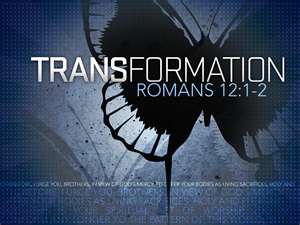 9 “But he said to me, ‘My grace is sufficient for you, for my power is made perfect…

Visit us now on the go! Abused Woman Ministries Inc. School of Healing now has a mobile site and can be viewed on your Smart phone!!

Trust In The Lord With All Your Heart - A Prayer 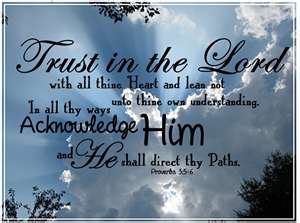 Father, I trust in You with all my heart; I do not depend on my own understanding. But I seek Your will in all I do, and You will show me which path to take.
Father, I am not impressed with my own wisdom. Instead, I fear…
Continue

"The Grace of God"

You cannot have grace without faith! Not that grace is not present but without faith, you cannot receive the grace God has already given you through Jesus Christ.

Grace is a free gift God has given to those who accepts His Son Jesus as their Lord and personal Savior; grace only comes…

In this article, I would like to talk about the responsibility church leaders have as…

campbell ministries with a word

to the body of christ--we all need an encourageing word at times. right?

the word is: god loves you and has a plan for your life..do you know for sure where you will go if you die right now? the bible says we can know..just ask jesus to forgive you of your sins and put him in your heart as lord and savior..with…

THE LOVE OF GOD

For when we were yet without strength, in due time Christ died for the ungodly.  For scarcely for a righteous man will one die: yet peradventure for a good man some would even dare to die.  (Romans 5:6-7)

BLOODBOUGHT MINISTRY in need of a seed

This Rev. Michael A. Burger Jr. of Bloodbought Ministry....I contacted you through Chat on Oct 12, 2011...Our Ministry is new we have been Here in augusta for about 3months and we have seen God move mightly...He has provided for us in every way....We just came out of an "Evangelism Explosion" Weekend...We were featured on CLUB #^ on Watchmen broadcasting last thursday...Went DownTown Friday Night and gave water and Clothing to people and Homeless....We are an outreach Ministry/Church....We…