Is Your Halo Tarnished ?

First I would like to say seasons greetings to everyone and thank you for taking a moment to read this, for it is in the true spirit of the season that I give this message to all who may need a little help, in and for a new year.

I came across this wonderful but sad poem the other day along with this very expressive picture and, it falls right in line to what this message will…

I was recently teaching a large adult SS class in a medium size church and asked if anyone could tell me something about the Protestant Reformation. Many in the class were prominent church leaders and teachers. Not one person knew what I was talking about. I was appalled to say the least. It is sad when Christians who attend church every Sunday for decades know only religious cliches' and talking points. Many church leaders cannot articulate a clear apologetic to a seeker. They do not…

While they promise them liberty.

There are people and organizations that claim to provide liberty from religion especially from the power of Christianity, for even the mention of Christ, the Bible, prayer, or even the showing of the cross is offensive to them, they all say it’s not politically correct and is…

The Servants of God.

The servants of God trust in Him believe in Him and depend upon Him. They put their trust, their families and their lives into His hands. We see because…

Atheism is a religion.

To the chief Musician, A Psalm of David. “The fool hath said in his heart, There is no God. They are corrupt, they have done abominable works, there is none that doeth good.”

A religion is, a system of doctrines or principles, being based upon the idea that certain truths are conceived by the notion that whatever we believe is true. Atheists believe that there is no God, no Satan and no punishment except death for transgressions against society. They do not believe that a man shall be…

The indoctrination of our Children in evil. The Great falling Away.

As the state of California is ready to indoctrinate school children into the acceptance of the homosexual lifestyle we wonder where this is all going.

There are many controversial subjects in the Bible, some hard to understand, the Apostle Paul was one whose writings fall within this category, but without teaching or preaching about them how then would the lost become aware of what sin is and how to be forgiven of it? Some of these subjects include but are not limited to…

Thanks be to God for His unspeakable gift!

We said a Irish prayer for all of our brothers and sisters specially for you, today, for family, true friends and faith to last your whole life through. We asked the Lord to give you shelter from the storm and just enough of His good grace to keep you safe and warm. We prayed the road would rise up to meet you all along the way and coin or two in your…

“It is because of the Lord’s mercy and loving-kindness that we are not consumed, because His [tender] compassions fail not. They are new every morning; great and abundant is your stability and faithfulness” (Lamentations 3:22-23 AMP).

Apostle Paul planned to visit the church at Corinth, but some circumstances beyond…

Christmas is Jesus Christ. Wherever you are, He gives love, peace, joy, forgiveness and hope. The presents we receive is not the true meaning of Christmas, it is receiving Christ. Let us celebrate Him today, tomorrow and forever. I am so happy to see another Christmas and to thank God for giving us such an AWESOME Gift, JESUS. God Bless You....  Love you!!!!!!

QUARRELS ,GURDGES AND NAGGING IN MARRIAGE

QUARREL, GRUDGES AND NAGGING IN MARRIAGE .

No marraige sails on smooth waters the whole time ; there are bound to come waves and storms . The reason for this is not far-fatched in marriage, two worlds are united , bringing together not only their fair weather and sunshine, but also their storms and blizzards. So do not be surprised when quarrels arise in your marriage. You are bound to have annoyance, differences, disagreements, disputes ,disappointment…

THE MYSTERY OF THE BIRTH OF JESUS CHRIST

Dearly Beloved,
THE MYSTERY OF THE BIRTH OF JESUS CHRIST
“For to us a child is born, to us a son is given, and the government will be on his shoulders. And he will be called Wonderful Counselor, Mighty God, Everlasting Father, Prince of Peace” (Isaiah 9:6 NIV).
We are in another Christmas season! It is a season set apart to commemorate the birth of our Saviour and Lord Jesus Christ over two thousand years ago. The season is one of the most celebrated seasons throughout the world.… Continue

1 Peace be multiplied to you.

To all peoples, nations, and languages that dwell in all the earth:

2 I thought it good to declare the signs and wonders

that the Most High God has worked for me.

3 How great are His signs,
And how mighty His wonders!
His kingdom is an everlasting kingdom,
And His dominion is from generation to generation.

It seems good that chapter four…

THEY RISKED THEIR LIVES

THEY RISKED THEIR LIVES

"Greet Priscilla and Aquila, my fellow workers in Christ Jesus. They risked their lives for me. Not only I but all the churches of the Gentiles are grateful to them" (Romans 16:3-4 NIV).

A foreign missionary had an intimate friend. They had been together for quite a long time. The missionary really relied on this friend who was a native of the land. It happened that a persecution arose against the…

2) Christ is Wisdom to us- 1 Cor 1:30 But of him are ye in Christ Jesus, who of God made unto us wisdom, and righteousness, and sanctification, and…

The Gathering of the Wheat and of the Tares

“The kingdom of heaven is likened unto a man which sowed good seed in his field: but while men slept, his enemy came and sowed tares among the wheat, and went his way. But when the blade was sprung up, and brought forth fruit, then the tares appeared also. So the servants of the householder came and said unto him Sir, didst not thou sow good seed in thy field? From whence then hath it tares? He said unto them, an enemy hath done this. The servants said unto him, wilt thou then that we go…

"The Power of our Calling"

"The Power of our Calling"

Eph 1:18 The eyes of your understanding being enlightened; that ye may know what is the hope of his calling, and what the riches of the glory of his inheritance in the saints… 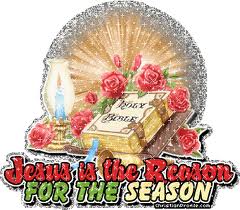 I.   What is forgiving and forgetting?

A.   Forgiving is allowing another person to be human for faults, mistakes, or misdeeds. Forgetting is putting things behind you; they are no longer brought up and no longer remain a barrier to your relationship.

B.   Forgiving is letting…