YOUR LIFE IS YOUR MESSAGE, NOT WHAT YOU PREACH!

You would be remembered for how you lived your life not how you preached. Your life is the greatest message, not your words. If the devil succeeds in getting you to compromise your values, it doesn't matter what you preach, he has attacked your real message.

People are not changed by what you preach, but by the measure of your life released through your message. Christ life is what we call the gospel;, not his message-… 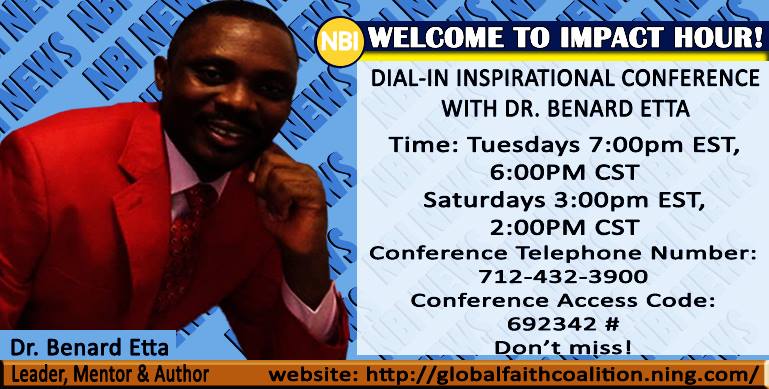 Revelation is a surge of Divine light released by the entrance of the revealed word of God into a human heart, leading to inspiration and profound comprehension of the mind of God and truths previously unknown to an individual or a people. Divine revelation is related to divine inspiration; in fact, divine revelation is…

It's free for all.

Ho, every one that thirsteth, come ye to the waters, and he that hath no money; come ye, buy, and eat; yea, come, buy wine…

God Is Saying Something, But What Is He Really Saying?

God Is Saying Something, But What Is He Really Saying?
3 Must Have Titles:
-THE 21ST CENTURY CHURCH!
-THE 3RD COMING OF THE CHURCH!…
Continue

The times of ignorance God overlooked, but now he commands all people everywhere to repent. Acts 17:30.…

There are people who are afraid of a ten hours continuous flight; as such, they seldom travel beyond their States, regions or country due to fear of the unknown. They are too careful to a fault to risk anything and to them, it's wisdom. As a result of their limited exposure, their opinions are always narrow and lopsided, lacking practical substance. They are too quick to draw conclusions because they have seen very little and known very little. This is the only group of people one shouldn't…

PONDER TO BE A WONDER! (Extract shared with Christian leaders in Nigeria)

"Cornelius was a devout man, and one that feared God with all his house, he gave much alms to the people, and prayed to God always (Acts 10: 2), yet, God sent an angel to him to tell him to send people to Joppa to call for Peter who would tell him "what he ought to do."

1) Sometimes, even when you meet with God, he will till send you to a human instrument. This is where many in the church world are missing it.… What does it take to have an enduring legacy that inspires present and future generations? A legacy that continues to inspire lives after two thousand years and beyond, which death is not the end, but the beginning of several “testaments “of the richest of God's grace manifested via a human vessel? It's time we stop the quick-fix approach, which has brought us…

The Temptation OF Using The Anointing To Show-Off

Then the devil taketh him up into the holy city, and setteth him on a pinnacle of the temple, And saith unto him, If thou be the Son of God, cast thyself down: (MATT 4:5-6)

The Temptation oF Using The Anointing For Food!

If thou be the Son of God, command that these stones be made bread. (Matt 4:3)

Those who blessed the world in all times, lived for something much more than what the average man lives for. They were truly in the world, but not of the world in their values and perspective.

Before Jesus actually began his earthly ministry, he was tested by the devil to turn the grace of God in his life, meant to save mankind into something for… 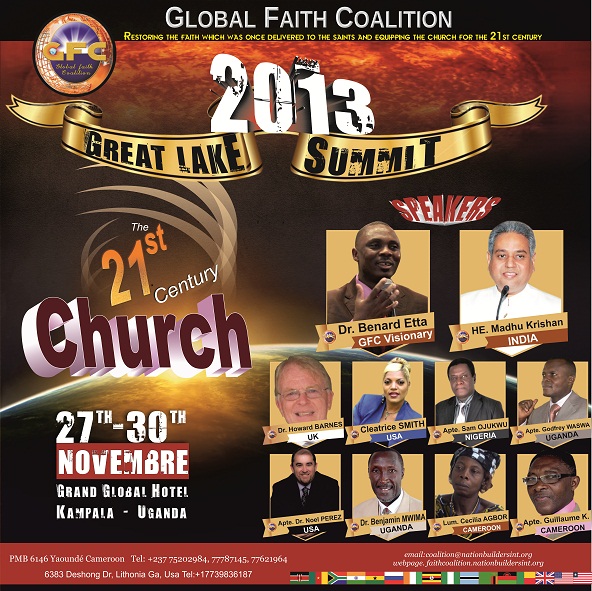 The Emergence of "THE 21ST CENTURY CHURCH," will be a global phenomenon. It's a church the world can't ignore! It's not a new denomination arising on earth, but a unique people from all nations, kindred and tongue, with the understanding of the times, and profound insight on the nature and…

THE HIGHEST LEVEL OF GRACE!! A MUST-READ 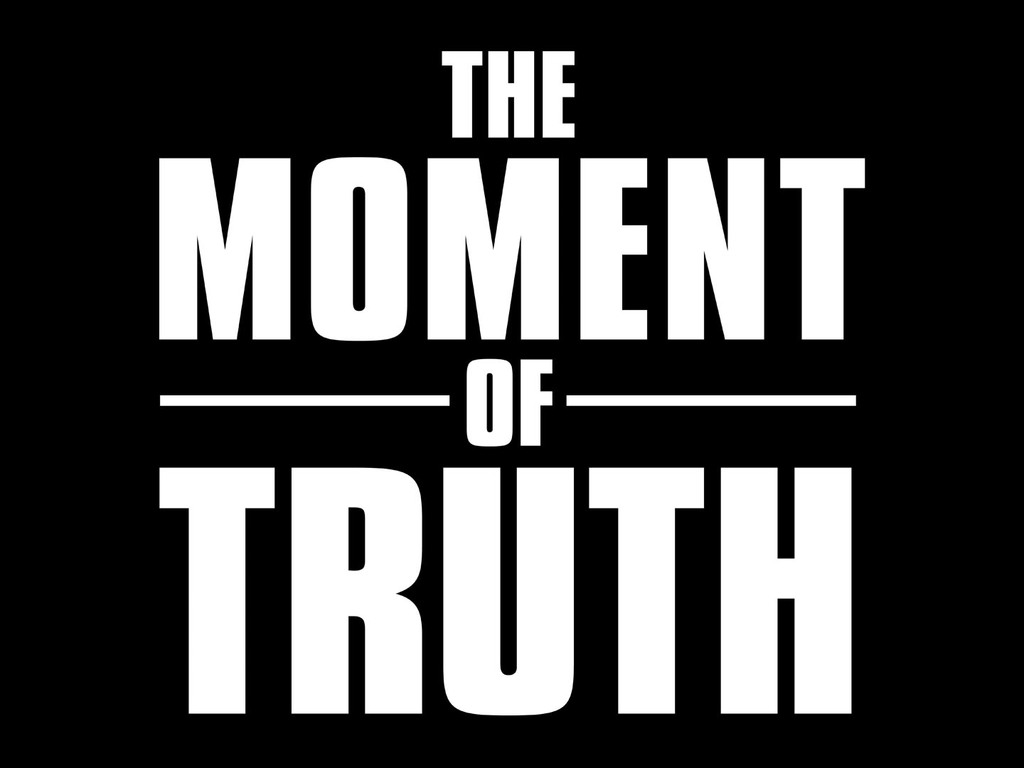 I define grace as God's ability in our inability that equals his capacity. Thus, when God's grace shows up, our inabilities are taken out of the equation as we tap into God's capacity. God's grace can empower us to do what out weight our own…

I watch with embarrassment and bewilderment that after more than 2000 years of the existence of the church, what still excite most of God's people after 2000 years are prophesies from prophets; the manifestation of falling under the anointing and petty miracles, etc. I'm amaze at the enormous time invested on the above and the millions of…

"Thus saith the LORD of hosts; If thou wilt walk in my ways, and if thou wilt keep my charge, then thou shalt also judge my house, and shalt also keep my courts, and I will give thee places to walk among these that stand by."Zechariah 3:7…

BIRTHING YOUR GOD'S GIVEN MINISTRY! Since I now have money, it's time to reach the whole world and be everywhere. I think I should extend my ministry to Africa, Asia, Europe, America, etc. I have to buy a television station, build schools, hospitals, orphanages…

YOU CAN'T AFFORD NOT TO READ THIS!!

YOU HAVE THE ANSWER TO SOMEONE’S PRAYER, DON’T KEEP HIM WAITNG!

Someone might be in a dilemma; protracted fasting or marathon night vigils, storming heaven, etc, not because God…

THREE THINGS TO DO WHEN SOMEONE'S VISION/ MINISTRY/ MISSION/ INITIATIVE, etc, IS IMPACTING YOUR LIFE PROGRESSIVELY!