In Memorial of Dr. Victor J. Kubitschek
This special AOCI member broadcast message is dedicated to the memory of one of our dedicated members who recently passed away. Dr. Victor J. Kubitschek was a producer for films and other projects in Hollywood, CA. Below is a brief outline of his work and also just some of the comments on his profile.
Victor had twenty five years experience in the entertainment industry. Recipient of awards in, music videos, documentary films, TV commercials, and he was a director on staff with Omstar Prods., which produced 17 films for Disney in IMAX and CircleVision, for The Epcot Center. Victor had worked in a supervisory capacity on a multitude of motion picture and television productions. Having positions as; extra casting director, casting director, production manager, executive in charge producer, co-producer, executive producer, producer or director. He was one of the directors on the award winning documentary film, "THE SKY IS FALLING", traveling around the world twice for this production. The Oscar award winning actor, Cliff Robertson did the narration. The production showed the film to the Congress, Senate, the United Nations at Geneva. This film help change or initiate over 50 pieces of legislation around the world, on what fossil fuel engines do to our environment, in 1982. After bringing ABC TV to the former, Desi-Lu, Cahuenga, Paramount TV, and Motion Picture Center Studios, he helped formed, Television Center Studios. He became studio head, while ABC had their shows, "SOAP", "GENERAL HOSPITAL", and the CHUCK BARRIS extravaganza there. Recently; Senior Vice President, production, of Leading Edge Films, the motion picture division of THE LANDSBERG CO., which produced over 200 television series, specials, miniseries, reality TV shows, and 57 motion pictures. Victor had approximately 10,000 hours of research on MEDAL OF HONOR recipients and he developed a major project. He had developed various; music video, commercial projects, and wrote or collaborated on 12 screenplays. Victor was one of the pioneers of the latest technology in high-definition/digital video disc production. Victor was trained, mentored, educated and tutored by top experts, universities and training facilities, around the world and had a doctorate in Biblical Science. He was also working on a 70 million dollar movie production with Steven Segal. Before his passing he was working on a film called Elijah which was supposed to be even bigger than Narnia or Lord of the Rings. Victor had sent our President, Dr. Henry, a copy of the scripts for his review and input. This is truly sad but we will trust our LORD as to the reason
For his departure. He will be missed! We love you brother Victor! R.I.P. Rest with your Lord and God in Heaven! 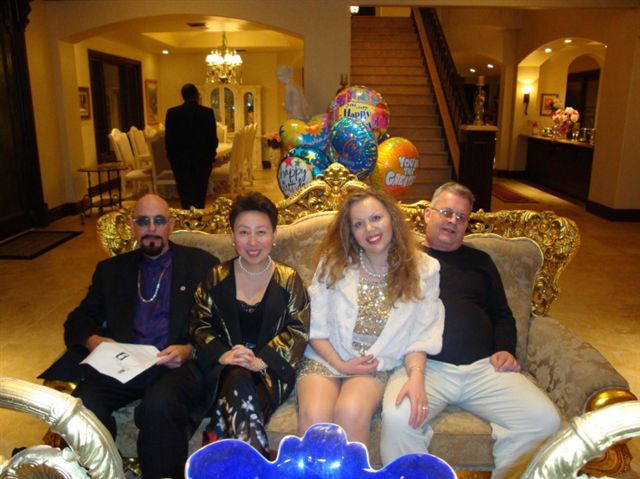