My Testimony and Starting a Home Church

When I was a young boy, I was called by God to "Be my minister"  It was a voice I heard as if we were standing there talking.  I kinda thought I was losing it after looking around to not see anyone.  I had no desire at the time or thought in my wildest dream that I would become such.  I thought maybe a baseball player or a rock star or most wanted a cartoonist.  The problem happened when the world and its promised called me also and I steered towards that life.  The trappings and the lures of the world had ensnared me. After going nowhere I decided to join the army to keep from being bored and getting into trouble and to look for an adventure.  It gave me just that as I served 12 years ending as part of of the 2nd Armored Calvary Regiment operations in Iraq with "Desert Storm".

This is when God called on me again and restated what He had wanted me to do.  That was the reignition spark, but I still wasn't convinced.

A few years later while in bed with my wife He came to me and in these words said: "The time is now".  I instinctively knew what was meant by that and I also instinctively knew this time He meant business, there were no "ifs , ands or buts" about it this time.  It wasn't a request. Again a saw a problem.  I believed in Jesus Christ, His teachings, His sacrifice , but I hadn;t obeyed.  Believing and Obeying are two completely different concepts.  I saw fit this time to obey.

But where to start?  I didnt even own a Bible anymore, or I thought.  That night I figured I best at least read the Bible but didnt have one.  In our basement at about 3 in the morning I looked in  a box and found a NIV Bible. I know it wasn't mine and my wife swears up and down it wasn't hers. Where it came from is beyond me.  I personally think it was a miracle.  Then knowing I didn't know anything about ministry or how to go about it God lead me to a Seminary where I was awarded all but a full ride and one I could do online as by now I had a family with 4 kids and wife and a mother in law  and add that to I had a house payment and all the other bills that went with raising a family.

I'll fast forward a bit. We found a church to join. I volunteered to play guitar for them and in time became the Worship Leader and and the Lay Leader.  When our pastor left to pursue other endeavors, he had left me in charge so I became an associate pastor and lead the church for a 2 years or so. The district board of the denomination then began to look for a permenent pastor to take the lead of the church but is coming up short, so I'm currently still leading the church.  But this isnt my original call which still stands.  My original call is to start a church.

I looked into what it takes to start a church and wowsa it takes a lot of HARD WORK AND PERSEVERANCE.  The thing is though that a number of the congregants of the church are disatisfied with the politics of a large denomination and want to get back to the basics.  I also found another pastor that wants to form a church plus a couple others willing to be core members in getting one started.  One person volunteered their house as a base of operations so we would have a somewhat permenent place to hold services and do Bible studies.  Another person wanting in part of this church plant has been buying materials to be used in the church such as a small sound system, projector, projector screen, communion accessories, a dedicated website (www.voiceinthewilderness.us).  So we have most of the logistics in place.  I'm thinking within the month we will be kicking the church plant off and go into full swing mode.

Any prayers are appreciated  :) 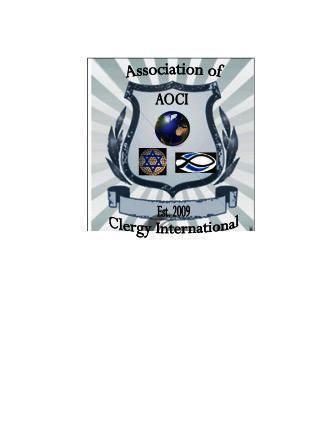 We are praying for you brother.  God bless you, your family and your ministry.  Dr. Henry sends his blessings as well.  Shalom and go for it in Jesus name!  By the way, my husband, Dr. Henry, was also in Desert Storm!