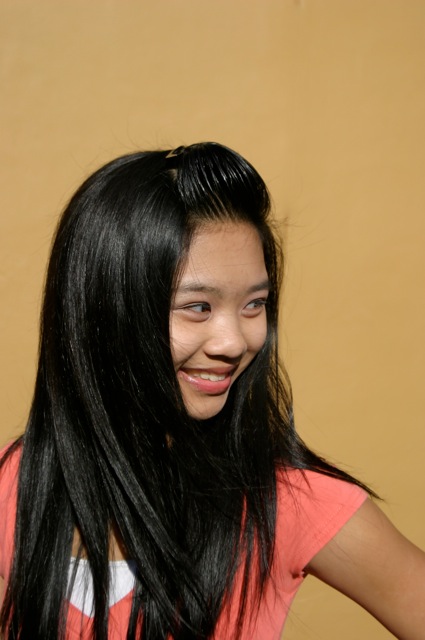 You MUST provide us with a detailed answer about your ministry activities and the name & location of your credentialing ministerial association. (Note: Please provide more than just the name of church/synagogue/ministry to be considered for membership.)
Helping needy children.
www.evasborntopraiseministry.com

Eva Sabiniano, 16 year old Filipino American Christian artist from Lynnwood, WA. President and Founder of the Born to Praise Ministry - Helping needy children (Published 2009). She started taking voice lessons at the age of five. Her singing talent had been shown in the various events such as major concerts, festivals, church special occasions and fundraising events. She enjoys helping and entertaining people and likes to make new friends. Presently, she is actively serving the Charisma Christian Center in Lynnwood, WA worshipping, leading and assisting young kids at church. She also likes to play drums, piano, compose songs, dance hip-hop and do arts such as drawing and painting. She's above average student and forme vice president in Alderwood Middle School in Lynnwood, WA for year 2008-2009.
Achievements & Awards
2006 FCS Asian American Idol Champion on September 10, 2006 in Seattle, WA.
2007 Born to Praise CD-1 album was released March 31. * 2007-2008Nominated at the 23rd Annual Stellar Gospel Music Awards and Newsome Gospel Music Awards in the “Children’s Performance of the Year” categories. * 2007 She was duly selected by the committee of Igniting the Fire Media Group & GLORI Radio to received the Life of the Spirit Awards in recognition of outstanding commitment to "Reaching the World for Christ" through her Born to Praise Ministry. * 2008 "Jesus is always with you" music video released. * 2008 " Jesus is always with you " played in 70 countries and 800 cities all over the nations and was # 9 in the top 20 in Christian/Gospel Billboard chart for 2 months. * 2008 First Philippine concert total attended 4,700 people in 7 days preparation. * 2009 Born to Praise CD-2 album released March 28. * 2010 She is the first Asian (Filipino) to perform at the BET Dr. Bobby Jones Gospel Show air January 17, 2010.* 2009 Philippine concert tour 8 concerts in 2 weeks total attended 27,450 people. * 2009 She's in the front page and the feature artist of The Power Pages News the paper that gives glory and honor to God in Texas Oct. 1-31 issue. * 2009-2010 Nominated at the 25th Annual Stellar Gospel Music Awards in the “Children’s Project of the Year” category. *2010 " He is the way " has been playing in more than 150 Christian and Gospel radio staions all over the nation. * 2010 Nominated at the 4th Annual Urban Inspirational Awards in the "Urban Inspirational of the Year" and "Contemporary Gospel of the Year" categories. * 2010 She was the front page cover of The Modest Woman Magazine March/April issue. * 2010 Nominated at the 10th Annaul Ensound Music Awards in the "Female Vocalist of the Year" category and her song He is the way nominated in the " Song of the Year" category. * 2010 She also performed at TBN, Daystar & PBS will be airing in 2010. Eva’s album “Born to Praise”CD-1 & 2 are now available in cdbaby.com, Amazon.com and iTunes. The proceeds benefit needy children and other ministries. * 2011 Will be the released of Born to Praise CD-3 album sometime in March under her own record label Born 2 Praise Entertainment. Her goal is to go around the world helping needy children and minister them to know Jesus Christ and be a good example to all other kids.

“I will sing of the Lord’s great love forever, with my mouth I will make your faithfulness known through all generation.” Psalm 89:1

A music video to all the parents

Hello Family,
Please help me to spread this message a reminder to all the parents.

Thank you all for your support to my ministry!
God bless,
Eva Sabiniano
www.evasborntopraiseministry.com 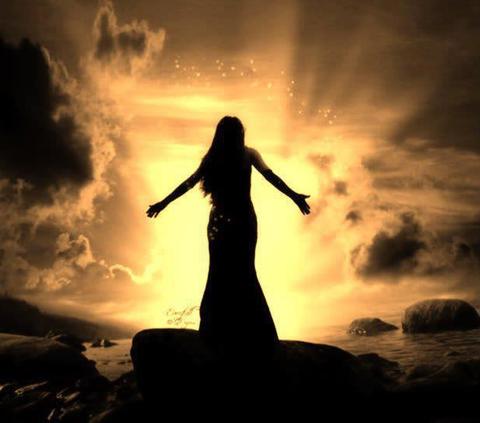 Shalom and singing for God's glory and give Him praises always.

To my friends like Eva Sabiniano, I hope that God is still keeping you to the talent of singing and also in helping the young ones in the ways of God. Welcome to share together in these great episodes; http://www.blogtalkradio.com/Apostle-adoko

I hope that God is still using you in singing to glorifier Christ. I wish you the best in 2012 as you continue growing to a higher level spiritualy as you minister. May God bless you.

I would like to invite you to visit Myanmar(Burma) in 2012 and we will arrange Gospel Music Conference & Praise/Worship Service in Yangon, Mandalay and Kalaymyo.

Red Ribbon
Keep on ,Dear great woman of GOD. Eva,the good work God Himself begun in you and Please know and believe that He is able to finish it.
From the Gift Store

Dr. Henry, President of the AOCI said…
Sister Eva, keep singing for the King of Kings, and the LORD of LORD's.  I pray blessings upon you and favor in Christ name!  God bless.

Blessings to you my Sister;


Come Join us Where:

* We are about the Cause of X. (Find out the meaning of “X”)
* We provide a safe place to bring your friends to connect and share X.
* We reward those who join and share the cause!
* We are not about creed, doctrine, agenda, or opinion.
* We are not a ".org", "institution", "denomination", or "church". http://www.xalt.me/bishopjlary


Bottom Line: We are just a group of people holding each other accountable to make sure this network never is compromised.

Red Ribbon
GOD BLESS YOU FOR PROPAGATING HIS KINGDOM.
From the Gift Store

APOSTLE ALPHONCE OSANO said…
The late happy New Year to you. I hope since the begining if 2011, God has been so good to you. Please on a good work in singing unto the Lord Jesus, helping the young ones in the body of Christ. May God continue giving you wisdon and insight.