Ministry And Mental Illness...Where The Twain Shall Meet! 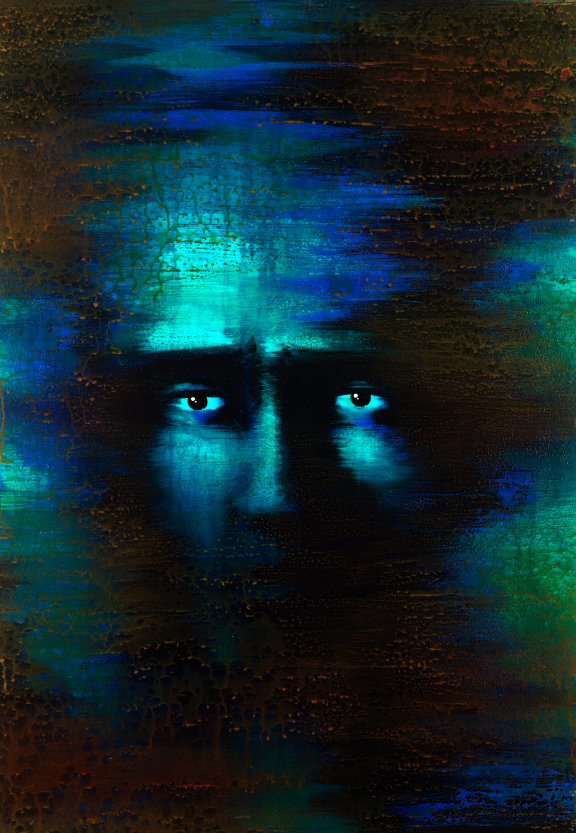 My Father, Don to his mother, John to the world, and Jack to his close friends and family, was a brilliant man! A graduate of Stanford University, he was an electronic engineer with a passion for
communications. In the 1950’s and 60’s he was known in some circles as
the "Father of Broad Band Radio" for his early work in communications and the space program.

As so often happens in life, my parents divorced when I was all of four years old. Hardly time enough to bond with a man who in just forty five
years, would share the greatest miracle of his distinguished life with
me.

In 1986 I was transferred to Anderson, a small city in Northern California. I worked for a large industrial and agricultural equipment company based in Oakland, Ca. and was sent to Anderson as
the sales manager of a newly purchased division. In those days I
enjoyed some success in business, but failed miserably in the art of
relationship. Blaming my father for his lack of involvement in my life
was a convenient way of avoiding the ownership of my own relational
deficiencies.

My relationship with my father had not gone well over the years. We just never worked at it, either of us. I lived with him and my step-mother for a couple of years when I was in junior high,
and high school, but our lives were miles apart. It wasn’t until many
years later, maybe twenty five years later, that my dad became very
ill. He was close to death and in the hospital. The medical staff was
forced to place dad in an induced coma, as he was a bit combative with
all the tubes running in and out of his body.

At this point of my life I was fully into my walk with Jesus and was beginning to serve Him in a professional ministry. God had placed me in a rescue mission
ministry that was soon to be coupled with a jail and prison ministry.

I traveled to Southern California to be with dad and pray for him. I was somewhat nervous about seeing him again because I wasn’t sure
how he had taken the news that his youngest son had somehow become
“religious”. I don’t know which one of us would be more uncomfortable.

Several years earlier, when I was in my early twenties, I took a job at my father’s company in Long Beach, California. That encounter did not go
well at all. You could say that I was extremely intimidated by this
giant of a man. As I mentioned before, he was a brilliant man, a
genius! His conversation and presence was over the heads of many,
myself included. He was often perceived as greatly lacking in social
skills. Our attempt at a father-son relationship was met with great
intimidation, frustration, disappointment and a defeating sense of not
measuring up. That particular season of our relationship ended up with
me walking out of his business and his life…..for a while.

As I sat by my father’s hospital bed, I was keenly aware of the fact that he had no idea I was there. I talked to him anyway and I poured out my
heart to this shrinking figure of a man. I earnestly prayed for him,
for his life, for his health, and for his soul! For two days I stayed
with him in the hospital, praying for him, and talking to him. But he
was in that induced coma the entire time. I was amazed at how much
courage I was able to muster up when confronting a sleeping giant!

Some months later after my father’s recovery, I received a letter from him that would forever change our relationship, and my life! He had heard
from my brother and sister how I had talked to him, and prayed over him
in the hospital. His heart had been so touched by the news of our
encounter that his heart changed towards me. When I read those words, I
was reminded of the Dr. Seuss story “How the Grinch Stole Christmas”!
Specifically the part when the Grinch had heard the singing of the
Who’s in Whoville after they had discovered their Christmas had been
stolen. It was said that his heart grew three sizes that day! Strange
analogy, I know, but that story has always held a special place in my
heart.

My work at the rescue mission has always been filled with challenges and learning opportunities. As I became more focused in the ministry of the homeless, addicted and lost, I became very aware that I
was missing a vital part of the ministry. I had joined the American
Association of Christian Counselors and was completing the course,
“Caring for People God’s Way”. It was in that venue that God spoke to
me about individuals who suffer from mental illness. God showed me that
not every person who appeared to be a drug addict, alcoholic, or
dysfunctional by choice, was actually any of those things. It would
seem that I had been stereotyping many of these individuals and missing
a very crucial truth about their lives! I became aware that a large
portion of the population at the rescue mission were suffering from
mental illness. Some severe, some not. Some were living in dual
diagnosis, which made for a greater challenge of discerning what came
first, the addiction or the illness?

I realized that some of our guests who appeared to be intoxicated were actually medicated. Sometimes over medicated, sometimes under medicated. Sometimes they
were out of their medications with no means to replenish them. I
learned that a mentally ill homeless person often lacked the ability to
manage the prescribed combinations of psychotropic medications. In some
cases, they may have had conflicting diagnoses and prescriptions from
multiple clinics in various areas with no viable means of consistent
medical care or follow up. I'm not suggesting that these individuals
are drug seeking, but rather that they have difficulty managing the
complicated combinations of psychotropic medications. However, this
scenario can often lead the mentally ill individual to self medicate
with other drugs or alcohol.

In my estimation, my most important goal is to share the gospel with all who come to the Mission. However, drugs and alcohol can quench the work of the Holy
Spirit, therefore these folks have a real difficulty understanding the
gospel! The concept of salvation through Jesus Christ or even of
eternal life in Heaven is far outside the scoop of their understanding.
In their thinking, these things are not relevant to "getting through
the day".

In the book of Romans, chapter 12 verse 2, the Apostle Paul teaches;

“And do not be conformed to this world, but be transformed by the renewing of your mind , that you may prove what is that good and acceptable and perfect will of God.”

This exciting truth requires that we must first understand who Jesus is, believe in Him and accept Him as our Savior, which brings me back to
the point that a person suffering from mental illness may require help
getting to that place of understanding. In the Mark 2:3-5, we are
introduced to four exceptional friends. The friends of the paralytic
went to extraordinary measures to bring their friend to Christ. They
were willing to do whatever it took!

Then they came to Him, bringing a paralytic who was carried by four men. And when they could not come near Him because of the crowd, they uncovered
the roof where He was. So when they had broken through, they let down
the bed on which the paralytic was lying. When Jesus saw their faith,
He said to the paralytic, "Son, your sins are forgiven you."

If in Jesus’ day, four friends would go to such extraordinary lengths for their paralytic friend, how much more are we called to help others? How
much more difficult would it be to come along side of one who is
mentally ill and bring him or her to a place of understanding? Would it
be a greater task than say, tearing off someone’s roof and lowering
that person to the feet of Jesus? I believe that we are called to do
whatever is required to bring people to an understanding of the gospel.

My father’s miracle was certainly confirmation of the need that one's mind be open and prepared for the gospel. Several years after my father’s
recovery, he began to decline. Not completely unexpected, as he was now
in his eighties. As his health began to fail, so had his mind. Dad had
developed Alzheimer's disease.

As a result of our new found relationship, I had several opportunities to share the gospel with my dad, though it was not received well. As an alternative to talking, my
brother and I began to give dad the books from the Left Behind series
by Dr. Tim LaHaye and Jerry Jenkins. Dad enjoyed those books immensely!
He said that they “went down easy!” That was impressive to me as dad’s
idea of a good time was to curl up with a good technical manual, of
which he had written a few. Dad’s illness became grave and he and his
wife, who was also in the grip of Alzheimer's disease, were both moved
to an assisted living care home. I hadn’t seen dad for awhile, and when
I traveled to Southern California to visit him, my brother informed me
that dad would not know who I was. I prayed that God would allow dad
and I a little time together. I was sure that this was going to be my
last shot at sharing Jesus with him. I’ll never forget the moment I
walked into his room. I stood just inside his door for a moment, we
made eye contact and with a smile he said; “Hello son!”

For the next hour, we talked as never before! My dad was as lucid as he ever was! We talked about everything, and then we talked about Jesus. He
understood, and he prayed with me to receive Jesus as his savior! God
had opened dad's mind and he was born again! My dad was saved!

"Amazing Grace, How Sweet The Sound, That Saved A Wretch Like Me, I Once Was Lost, But Now I'm Found, Was Blind But Now I See!"